Posts Tagged With: Ace of Cakes

I have been wanting to visit Charm City Cakes for the longest time now. I knew you could only go inside if you had an appointment with them about a cake. I once thought I would get my 21st birthday cake from them, but decided it was just too expensive. I do however own a Charm City Cakes shirt that I bought during their first season and have a thank you note from Mary Alice. I also have seen the whole crew at the NYC Food and Wine Festival. My mom actually met them by accident. Anyways…back to Baltimore. So I knew if I went I wouldn’t see anything but the outside. However, as a fan I knew they delivered most of their cakes on Saturdays. I figured if I went on a Saturday I might see them. I also planned on going across the street to the Dizz where they hang out.

We boarded a bus that left us across the street from Charm City Cakes. We took pictures outside and then peered into their windows. I pressed my camera against the window and was able to get some inside shots. There were other tourists. They took a couple pics and got back in their cars. My mom and I went across the street to the Dizz and waited for the next bus (which was over an hour later).

We took seats that faced Charm City. While we waited we saw a car pull up and two of the female cake decorators came out! I was so excited. They went inside. Then they came back out and pulled a van up to the entrance. They were going to bring out a cake! So I went outside so I could get a better view. Sure enough they went back in and come back out carrying a cake. They loaded it into the van and they were off. We used the restroom at the Dizz and waited for the bus outside. And waited and waited and waited.

I’ve been to Baltimore many times. I decided to go back in 2011 for a refresher. I really wanted to go to Charm City Cakes and Blue Moon Cafe. If you go to Blue Moon Cafe, stick with the Captain Crunch French Toast. My mom ordered a cinnamon bun and our friend ordered pancakes. The pancakes were thrown out and the bun was picked at. My french toast was really good though. I did a couple of history museums, but I still want to go back and view the Egyptian Exhibit at the Walters Art Museum. I highly recommend Maryland Historical Society Museum. They have performances that are quite entertaining and educational. The Baltimore Civil War Museum was very quick and not what I was expecting. The Flag House and Museum was great. I just missed the group tour, but they gave me a private one. We took Amtrak to get here, which was a piece of cake and we used public transportation to get around. The best meal was at Cheesecake Factory. I got fried mac n cheese balls (see picture below), mac n cheese, and oreo cheesecake. YUM!  To view my trip plan please click here. To read my Charm City Cakes post click here.

Click to view the Diners Drive-Ins and Dives info on: 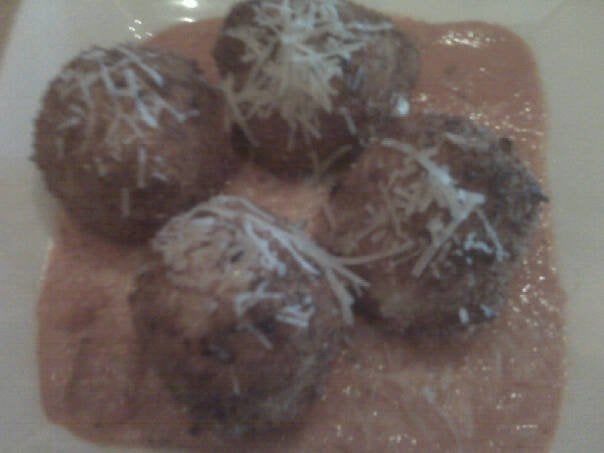